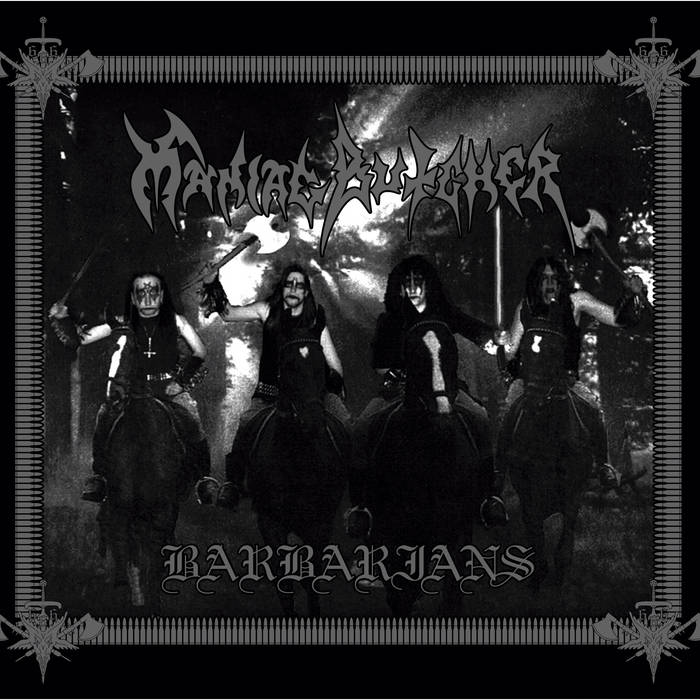 Kraahl Incredible, primitive and not really recommended for novices of the genre, unless they are already familiar with the more primitive and raw offerings of the 90's. I do, however, consider this not only worthy of standing alongside other more notorious acts/albums of the period, but I also believe it to be special in its own right. While it is certainly unrelenting and uncompromising, as the album progresses, so too do the dark- and sometimes odd- soundscapes and atmospheres, possibly leaving one at the end to really pause and perhaps reflect on the album as a whole in being a very significant Black Metal release, as I have. Regardless of its vintage, this is timeless, True Black Metal, which in all respects, I think still holds its own when compared to even the best Black Metal of today. Favorite track: Mesiášův Konec.

Following countrymen Root and Master’s Hammer into the ‘awesome but obscure Czech bands’ box, Black Metal warriors Maniac Butcher set out their stall early on, and have remained true to themselves constantly, recently reforming after ten years of silence. Pure, keyboardless, riff-driven Black Metal is what you can expect here, and that’s exactly what you’re going to get, a raw and intense surge of darkness that will thrill fans of the old school. A suitably murky and hateful production is draped over the subtly epic music, buzzing guitars and tinny drums with thunderous rolls, the screeched vocals loudest in the mix – this is Black Metal at its purest, straight-faced and above all, most awesome. You can’t look at that cover art and not see a band that are completely and utterly devoted to what they’re doing, fearless and true, and although the music may not be particularly original or varied, it’s more than good enough to warrant attention from fans of the style.

Six songs are present, all somewhere between four and five minutes in length, and all follow a similar formula without actually repeating themselves. The opening title track has some galloping horses and battle noises before launching into immediate blastbeats, something like early Emperor minus keyboards with added breakdowns and a surprisingly killer solo. Catheclasm concentrates more on atmosphere, a chilly note added with a slow melodic line buried in the near distance beneath the other instruments, early Darkthrone in style complete with rather killer breakdown and launch into Hellhammer-esque headbanging. Each song makes an effort to be different, a solo in Svaty Otec standing out from the hypnotic buzz that surrounds it with surprising melody, Peklo kicks off with sombre, Doom-ridden slowness with nicely percussive drumming, and the utterly chilling snarls that open Druhe Stvoøeni will make even the hardiest of Blackened sorts cease headbanging for a few seconds.

I wouldn’t recommend this to Black Metal beginners unless I didn’t like them, but Barbarians isn’t as regular an album as it might seem on initial listens. The atmospheric value grows as you get used to the album, and those riffs get more and more awesome with time, especially on the melancholic closing track Legenda Z Poeatku Vìku... Aneb Mesiašuv Konec which does actually feature keyboards, but used so sparingly and with such taste that the result is more than forgiveable. No trends, no bullshit – Maniac Butcher make straightforward Black Metal for those that want it, and Barbarians is a great trip back in time for connoisseurs of the style.

Bandcamp Daily  your guide to the world of Bandcamp